Since I have been writing more, I thought I would be publishing more blog posts. Unsurprisingly, however, a lot of what I'm writing is just working stuff out, a way of thinking out loud. Not for publication. Either I don't want to share it or it's interesting only to me or both.

It feels good to have some of the time back that I was spending, especially on Facebook. It feels bad to be in so little touch with what is happening in the lives of people I care about. I had expected both of those feelings. But I have to keep my time reduced indefinitely.

I seem to be in a shell. I don't like it much, but I hope it's part of the healing and growing process and not a deep hole that I won't get out of. I haven't been reaching out, which is what I am normally wont to do. No one is reaching in. Maybe everyone is used to me being the instigator. Maybe they think I need alone time.

Not really. It's my online social networking that I have to curtail while I find the right balance, not actual social networking. I always want personal connections, perhaps more than others want from me. I know I can be kind of intense sometimes. 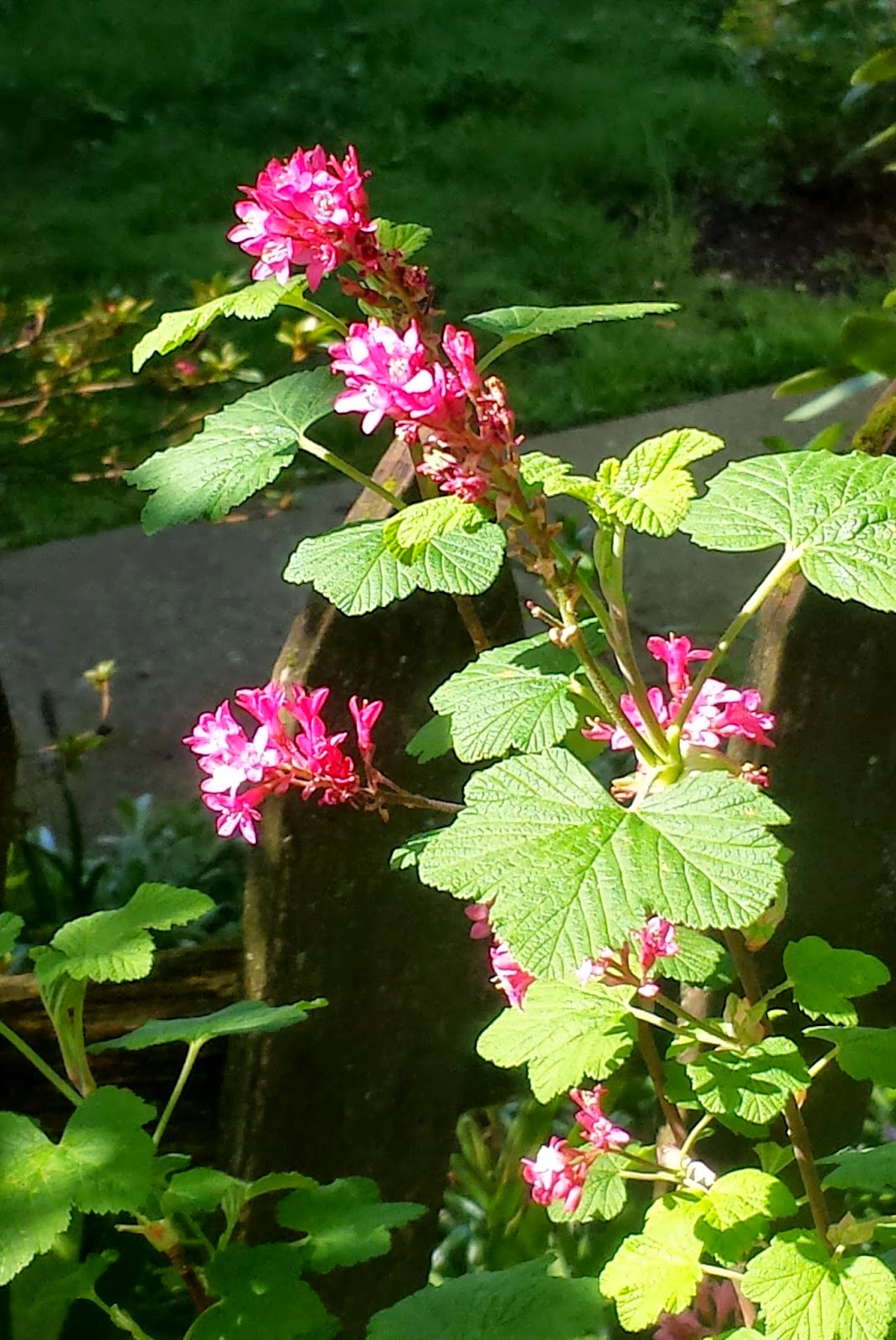 The beneficiary of my solitude has been my native perennial garden. Thanks to the amazing weather stretching back into winter and many doses of herbal tolerance for tediousness, I have removed most of the early crop of weeds. The insidious ground cover that crawls between other plants and makes huge mats where it has no competition, the creeping buttercup (not doing well this year due to dryness), and dandelions galore, as well as plantain, clover, old turf grass, and all that stuff with no name. And the ubiquitous and relentless maple tree sprouts. I've done this by getting down and dirty, on my knees or butt or whatever position is not too painful for the time it takes to clear all the weeds within reach.

Being up close and personal with my plants and with the soil has taught me a lot about the pico-ecosystems we have around this house, the drier areas and the ones with more moisture, the sunny spots (more of them since we had to have a large red cedar removed).

I'm also learning about what makes these plants happy. I started this garden 12 years ago, and most of the perennials have been in for at least eight years. I sited them according to advice from native plant guides, watered them until they were established (2-3 years), and then mostly left them alone. If they are sited correctly, they should do well, without any water other than rain (look up xeriscaping). 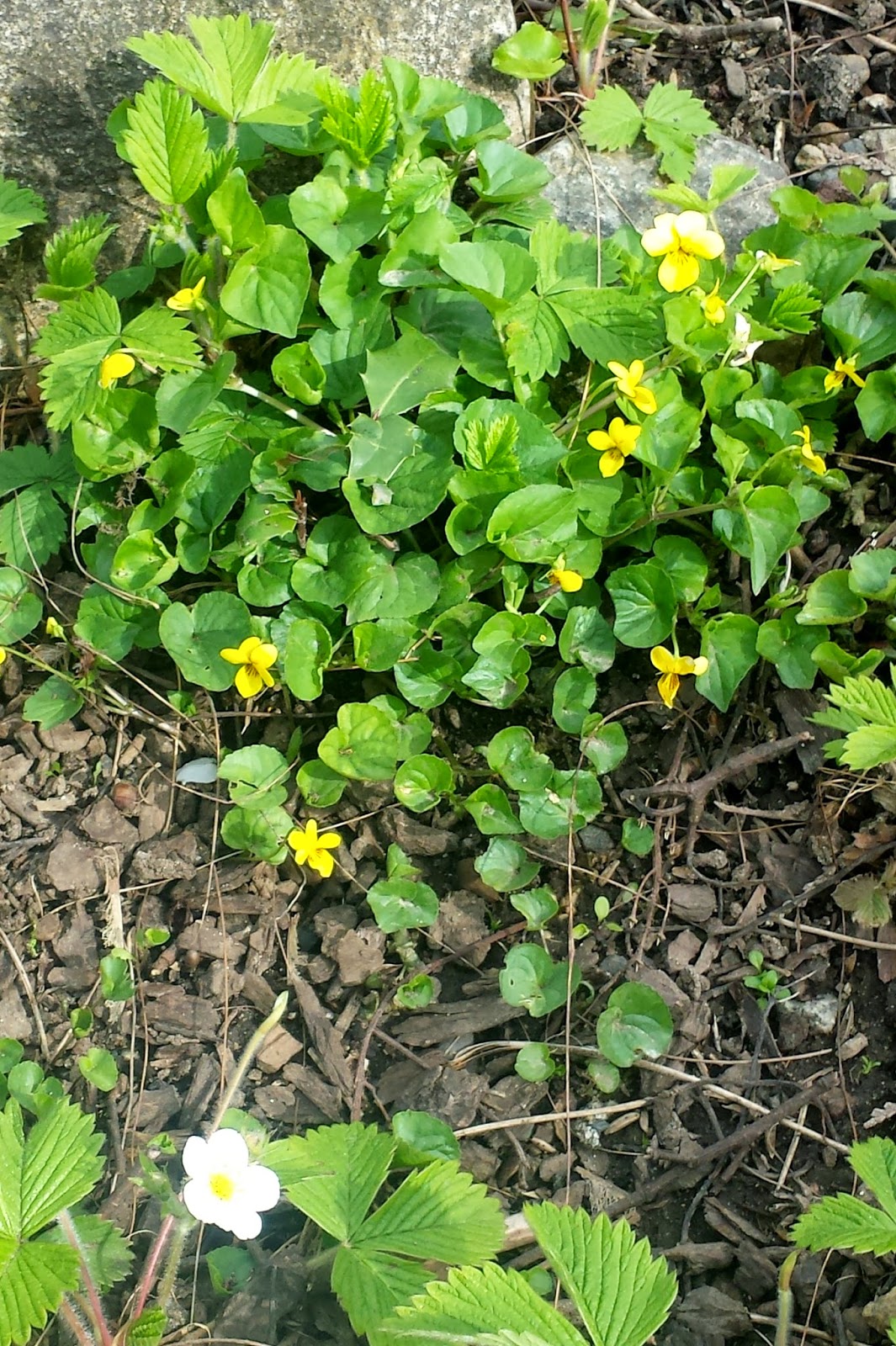 Some species didn't make it. Some struggled, and some still do. Some thrived and even expanded their range. Some died in the spot in which they were planted but sprang up elsewhere. Some thrived, withered, and are coming back, which could be a natural cycle.

I never intended to have anything even close to a formal garden. But I always made sure it was fairly domesticated. I liked my paths and rock borders, the neat beds with mulch between, and each plant where I could see and identify it. You wouldn't know it by looking at my desk, but I am an orderly person, sometimes to a fault.

Imposed order is not how these plants grow in the wild. And I wondered if I could let things go more wild without the garden becoming too messy--this is a house lot in a city, after all, not an actual sanctuary. But maybe it was time to see where the plants, the successful ones, wanted to go. I tried to give them a good start, but they know best how to thrive.

So I have started to let the herbaceous perennials become an experiment in evolutionary fitness. I'm watching various species share space with other species. I'm watching some move into areas where they weren't planted but that could use some foliage. I'm seeing some take leaps into new areas. 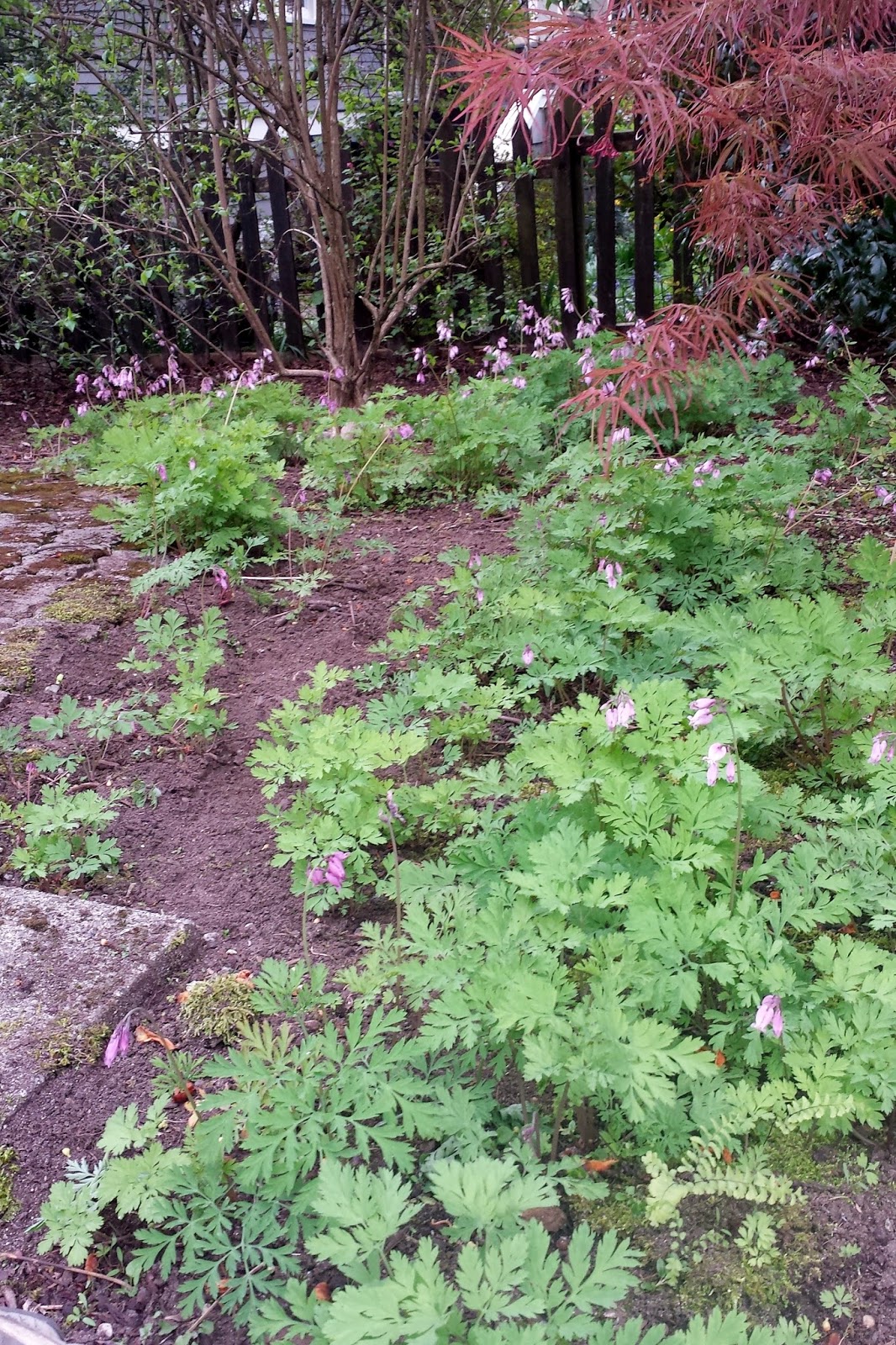 I'm not letting nature take its course entirely. I have a suspicion that wild strawberry might run the world if given the chance. That's certainly true for Nootka rose. That guy has serious roots. Its job is to pop up in places near and far, and my job is to keep it in check. As well, I prune the smaller trees and shrubs, sometimes quite hard, thus treating them more like domesticated garden plants. But in most parts of the garden I am now letting things happen. I shall watch closely to see what actually does happen.

Is this some kind of metaphor for my life? I sweah ta gawd, even though I started by writing that prologue, I did not expect to write an epilogue as well. I have no idea if it's a metaphor. But a tarot reading gave me lots to think about. Why shouldn't the plants in my care and the place where they live do so as well? I have always been mostly a "bloom where you're planted" kind of person, but maybe I'm getting fussier in my old age. Or maybe it's just that I have less time left and want to spend it in a way that's good for me. Some places, some situations, some fellow human beings will help me to grow and thrive more than others. Maybe I've tried to grow where I might do okay but will never thrive. Maybe I resist shifting to better soil, or maybe there is a barrier. Maybe if I find soil and fellow plants that are good for me, I'll make the best foliage and flowers ever.
Posted by Véro B at 19:27 No comments: